Doo, doo, doo, doo, doo, doo! Baby Shark took the world by storm and has now swum over to S.E.A. Aquarium to meet with families and little ones. Learn all about these majestic apex predators, as well as how we can fight marine pollution with Pinkfong, Baby Shark and family!

To quench the thirst for knowledge before your visit, here are 5 fin-tastic facts you may not have known about sharks.


1. There are over 400 species of sharks in the world today

The vast ocean is home to millions of marine life, and more than 450 types of sharks exist in the deep blue today. Over at S.E.A. Aquarium, there are more than 12 species of sharks such as the blacktip reef shark, scalloped hammerhead shark and sandbar shark swimming around our Shark Seas Habitat. 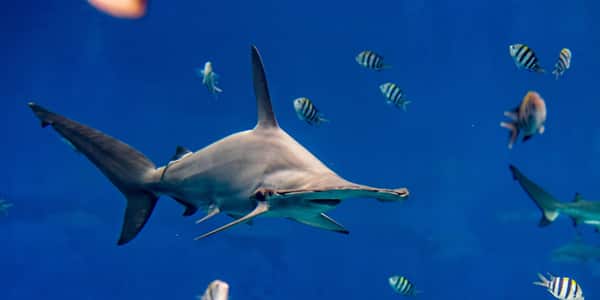 2. Sharks can reproduce in 3 ways 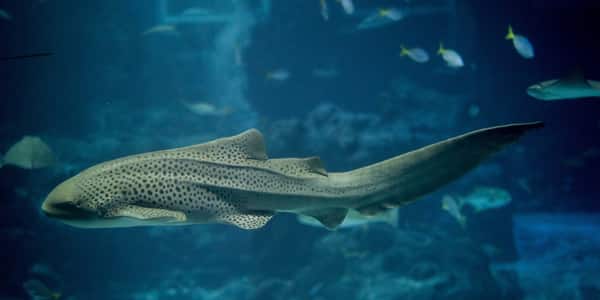 3. From 20cm to 20m long – here are the smallest and largest sharks in the world

Reaching a maximum known length of 20cm, the dwarf lantern shark is the smallest shark alive - it can fit in your hand! While on the larger end, there is the whale shark, which has been known to grow up to 20m in length.

4. The shark population is under serious threats

Due to their long gestation periods, sharks have low reproductive rates with only a few pups being born at a time. Some species may not even reproduce every year. This causes sharks to be particularly vulnerable to the threats posed by humans such as shark finning, overfishing, global warming, and marine pollution, just to name a few. These threats may eventually led to the extinction of many shark species!

5. Sharks need human beings to be heroes of the sea

Shout out to all eco-warriors and marine life enthusiasts – sharks and all other marine animals will definitely benefit as more people commit to living sustainably and avoiding purchasing shark products. Some easy ways to do your part include: (a) consuming sustainable seafood, (b) saying no to shark-related products and (c) saying no to single-use plastics. 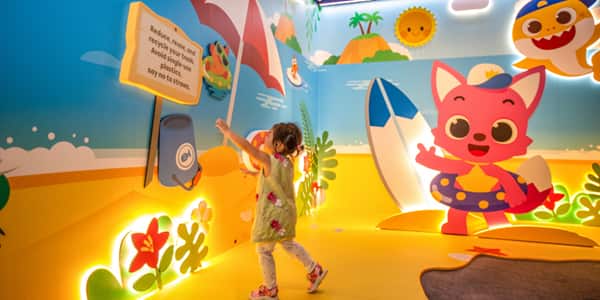 Pinkfong and Baby Shark have more to share with the interactive and edu-taining play over at S.E.A. Aquarium.

The Pinkfong, Baby Shark and Family event will conclude in November 2021 – don’t miss out!