With the rising number of people traveling for business, and especially with the millennial and Gen Z workforce, there are growing numbers looking to get the more out of those trips by extending them for leisure.

With Singapore’s diverse offerings for the ultimate combination for business and leisure, it’s hardly surprising to see the country emerging as one of the top cities in Asia as a ‘bleisure’ destination, according to a report by the Economist Intelligence Unit (EIU) called ‘The 2019 Bleisure Barometer’.

Resorts World Sentosa (RWS) naturally emerged as one of the leading players in Singapore for its capability to integrate business and leisure, offering a holistic experience in one lifestyle destination.

Most recently, RWS played host to an outstanding number of events, clearly displaying its capability to provide the full suite of both state-of-the-art and unconventional meeting venues while offering unrivalled options for fun and play.

With the resort’s flexible convention centre that allowed for the ballroom to be converted into multiple flexible spaces, delegates at the IBM Cloud Fast Start were promised a smooth and seamless experience as they transited between the programmes.

There couldn’t have been a more fitting venue than the Maritime Experiential Museum, which hosted the inaugural World Congress on Maritime Heritage 2019.

This museum, which welcomed a diverse global array of maritime constituent groups, institutions, and stakeholders during the congress, is the only one of its kind in Singapore dedicated to the exploration of the iconic Maritime Silk Route. Housing a total of 15 immersive galleries, the venue was perfect for work and play.

Every aspect of the itinerary was meticulously customised: from a senior Amway representative making a grand speedboat entrance at Universal Studios Singapore’s WaterWorld live-action show, an ‘underwater’ VIP dinner amongst 100,000 animals at S.E.A. Aquarium, to the column-free ballroom with 270-degree projection and specially-fitted rotating stage for an immersive theatrical experience.

As an affirmation of its leadership in delivering outstanding MICE events, RWS clinched the award for Best Meetings/Incentives Organiser at the recent Singapore Tourism Awards 2019 with this outstanding event – which clearly hit the ball out of the park.

SHOWCASE | The Venue of Choice

The inaugural Skift Forum Asia was successfully held at Resorts World Sentosa’s Equarius Hotel in May 2019. The event was part of the prominent Skift Global Forum, dubbed the “TED Talks of Travel”, which gathered over 400 high-level executives and industry trailblazers to redefine the future of travel.

HIGHLIGHTS IN THE LIMELIGHT
Delegates engaged with the travel trade’s most insightful thought leaders – including those from Singapore Airlines, Google, Airbnb and more. Taking the event by storm was 10-year-old Octa founder Zara Khanna, who introduced herself on stage as the creator of chatbot Octa, and won the hearts and minds of other influential leaders at the event.

BRILLIANT BRANDING
Skift’s colours, black and yellow, featured prominently throughout the event, from the Equarius Hotel waterfall, right down to staff uniforms, as well as floral and soft decorations. Even the dining areas carried customised Skift cushions and lightboxes. As a surprise, divers unfurled a celebratory banner underwater during the opening reception held at the S.E.A. Aquarium!

TASTEFUL PLATEFULS
This inaugural Asian edition also immersed delegates in authentic Asian fare and street food experiences. The event kicked off in a most mesmerising way on 26 May, when guests enjoyed a lovingly-customised menu showcasing the best of our kitchens and elaborate ocean-themed desserts by the acclaimed Chef Kenny Kong. On 27 May, guests tucked into an exotic Southeast Asian spread, which included Teh Tarik and snacks from a picturesque Malaysian “provision shop”. The Southeast-Asia-style “Attap houses” which served as live stations for treats like Popiah, Kweh Pie Tee, Bak Kut Teh and Claypot Rice were also immensely popular among the international crowd!

LUXURY IN EACH DETAIL
To better facilitate conversations among the most influential of travelers, the Asian dishes were exquisitely plated and served bite-size.

A showcase of our venues’ capabilities 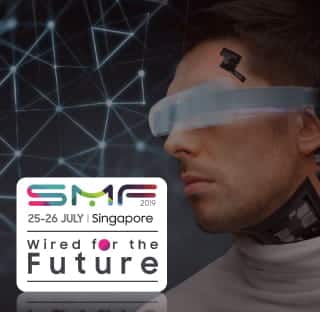 Resorts World Sentosa is proud to be the strategic Venue Partner for the inaugural island edition of Singapore MICE Forum 2019 (SMF2019). Bringing together leading global minds, SMF2019: Wired for The Future promises a focused discussion on how design as well as digital and community engagement are becoming cornerstones of business success.

Join us at Resorts World Sentosa as we reinvent the business events industry. 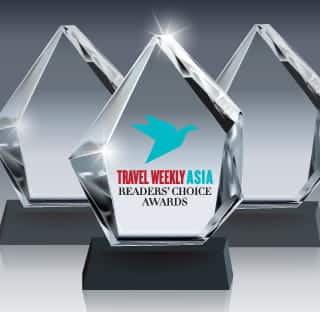 An eight-time winner of the Best Integrated Resort in Asia and the Best Meetings/Incentive Organiser at the 2019 Singapore Tourism Awards, Resorts World Sentosa is home to five world-class attractions, six unique theme hotels, an impressive collection of award-winning dining experiences.

The Travel Weekly Asia Readers’ Choice Award is returning this year with a total of 55 awards. Vote for Resorts World Sentosa to be the “Best Integrated Resort - Asia Pacific” by 23 August 2019, 23:59. 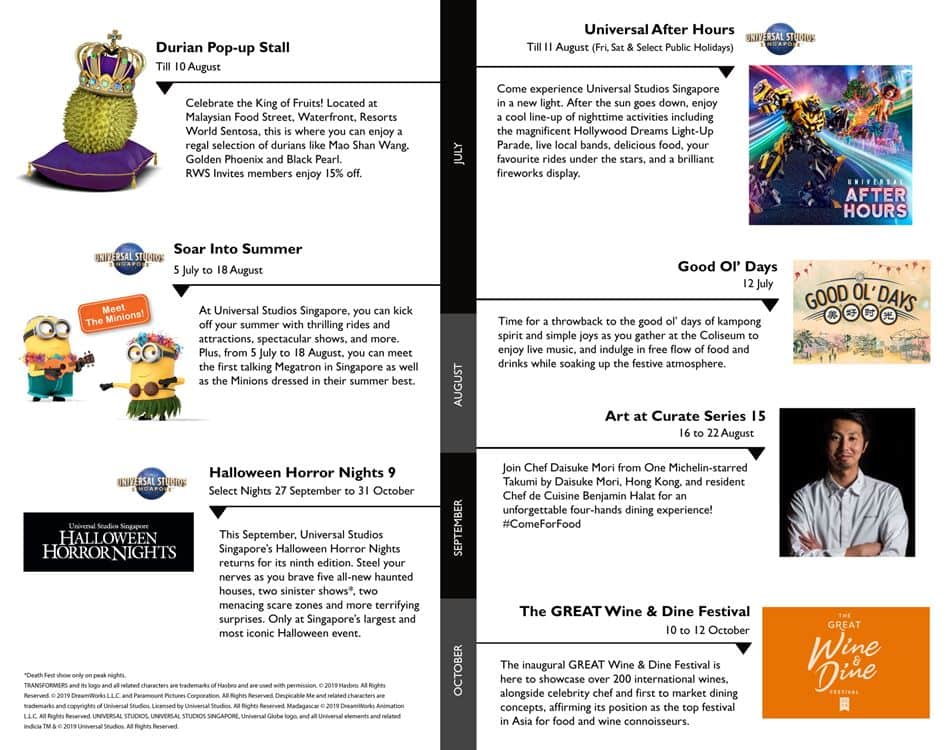 Our world class attractions at a glance