Being a mother is tough work, and this is no different in the animal world! However, many of our marine mums face a different set of challenges – pollution and climate change affect the success rate of their reproduction efforts. Species like sand tiger sharks and zebra sharks are even more vulnerable to these threats, due to their late maturity and naturally low rate of reproduction. Here, we pay tribute to some of the amazing marine mummies at S.E.A. Aquarium! Did you know that all clownfish are born as males? The largest male changes into a female when the dominant female of the group dies. After the largest male undergoes a sex change, the next largest male becomes reproductively active and forms a breeding pair with the female. In most clownfish groups, only one male and female will be mating, and they are accompanied by a number of smaller, non-breeding males.


Yes, female clownfish are the ones in charge of their social groups. With their larger build, they take on the responsibility of guarding their homes while males tend to the eggs. Unlike some animals that changes sex in response to the environment, however, the change to females for clownfish is irreversible. This means that female clownfish stay dominant in the group until they die! 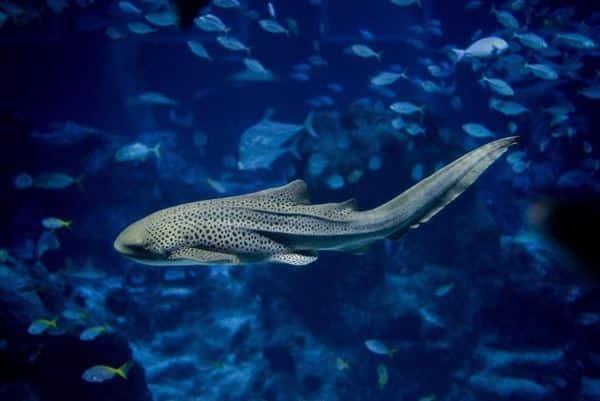 Female zebra sharks may not always be able to find a suitable mate due to environmental changes. However, it’s believed that they have the ability to reproduce asexually – no “Papa” shark is involved, and the baby shark is likely Mummy’s clone. There is also a possibility that the females are able to store sperms years after mating. Similar to seahorses, conventional parental roles are reversed in cardinalfishes, where the fathers care for fertilised eggs in their mouths! Mothers, however, are smart enough to continue keeping a watchful eye, and have several strategies to make paternal care a success.

For the Banggai Cardinalfish, females are careful to choose the size of their partner. Larger, stronger males are more likely to provide proper oxygenation for the eggs and less likely to cannibalise them for nutrition (males are unable to eat while caring for the eggs!).

Hence, the females are the ones who make the first move and invest more energy into courting larger males. Once the larger male (deem worthy of protecting the precious eggs) is won over, the female tends to produce larger and more viable eggs accordingly, which ultimately hatch into bigger and stronger cardinalfish babies! Mothers also defend and protect fathers before and after their spawning stage.

In other cardinalfish species, the female lays extra “dummy eggs” without yolk on purpose. More eggs give the impression that there is more offspring to protect, tricking fathers into being more careful and less likely to accidentally swallow the eggs in his mouth! To us, the womb is likely to be a safe place for life to form. In the case of a sand tiger shark, however, the womb is probably the most dangerous place on earth. The female sand tiger shark has 2 uteri or wombs, and she can have up to 6 to 7 fertilised embryos in each womb, each with their own egg cases. However, not all the pups will live to tell their tale. Once a pup hatches in the womb, it will start to rely on its hunting instinct and teeth, and begin to devour its unhatched siblings one by one until it is the only one left in the womb!

The female would then give birth to the “strongest” pup, with two pups being born at one time as the female has two wombs. This is a process known as embryonic cannibalism. It might seem like sibling rivalry taken to the extreme, but the surviving pup benefits greatly – it gains nutrients that allows it to grow significantly in size by the time the mother gives birth to it. With sand tiger shark pups being one of the largest of any shark species, they are less vulnerable to predators. Hence it is tough love from their mother that ensures the high survival rate of the pups. The giant spider crab is one of the largest arthropods in the world, capable of reaching up to 3.7m in leg span! Like most species of crustaceans, female giant spider crabs also play a maternal role when caring for their unhatched offspring.

These huge animals have the most humble of beginnings. During mating season, males will deposit a capsule holding sperms (known as a spermatophore) into the female’s abdomen. The mother giant spider crab invests a lot of energy in spawning and can lay up to 1.5 million eggs each mating season. She will carry these fertilised eggs on appendages on her abdomen until they are ready to hatch.

However, motherhood ends for the female once the hatchlings are born, as they will be left to fend for themselves. Interestingly, the babies look nothing like the adults. Instead, they appear as tiny, transparent and legless organisms that float around in the ocean. It’s no surprise they are considered planktonic at this stage, and they will go through a series of developmental stages before they reach adulthood.

Let’s all show both our human and marine mums some love this Mother’s Day by caring for the environment and doing your part with the following tips: